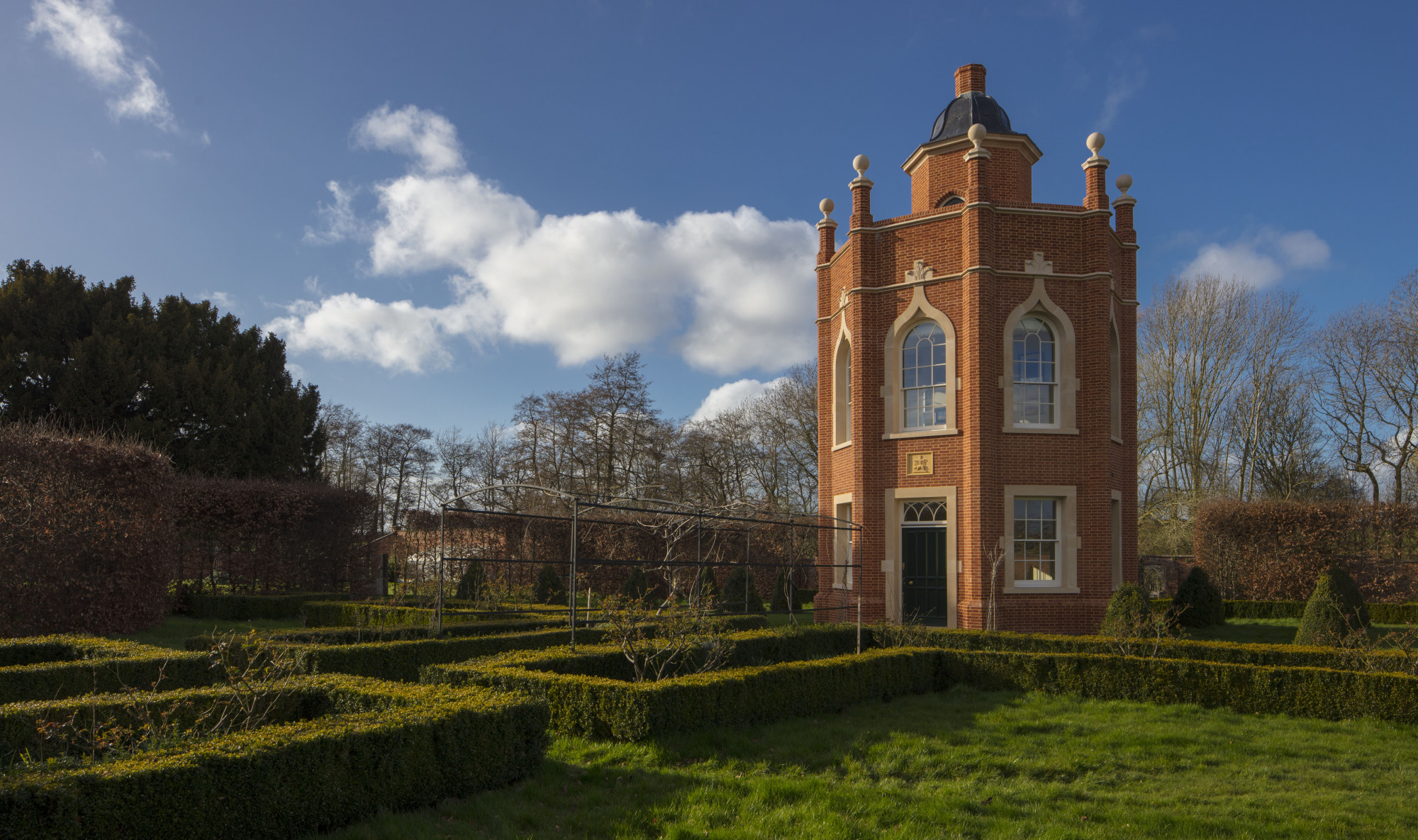 On 5th October 2021 the Georgian Group held their annual architectural awards which recognise exemplary conservation and restoration projects in the UK. They also reward those who show the vision and commitment to restore Georgian buildings and landscapes.

We were extremely pleased to be awarded the Winners of New Build in a Georgian Context category by John Goodall. Our winning project was Wolverton Hall Folly, Worcestershire.

The Folly is described as

“ The inspiration for the design of Wolverton Hall Folly was taken from the Picturesque tradition with its many variations of follies in a controlled landscape. Among a number of possible small garden buildings, the Banqueting House at Long Melford, built in 1550 with sash windows added in the 1730s, became a source of inspiration. The design was prepared with the proportions adapted considerably to provide a large study on the first floor with the addition of ogee arches to the stone window surrounds terminating in stone acanthus leaf finials and a central cupola to assist the requirement for a staircase and chimney. The result is a building that can express in classical terms the different moods of time and place with an underlying seriousness and humour.”