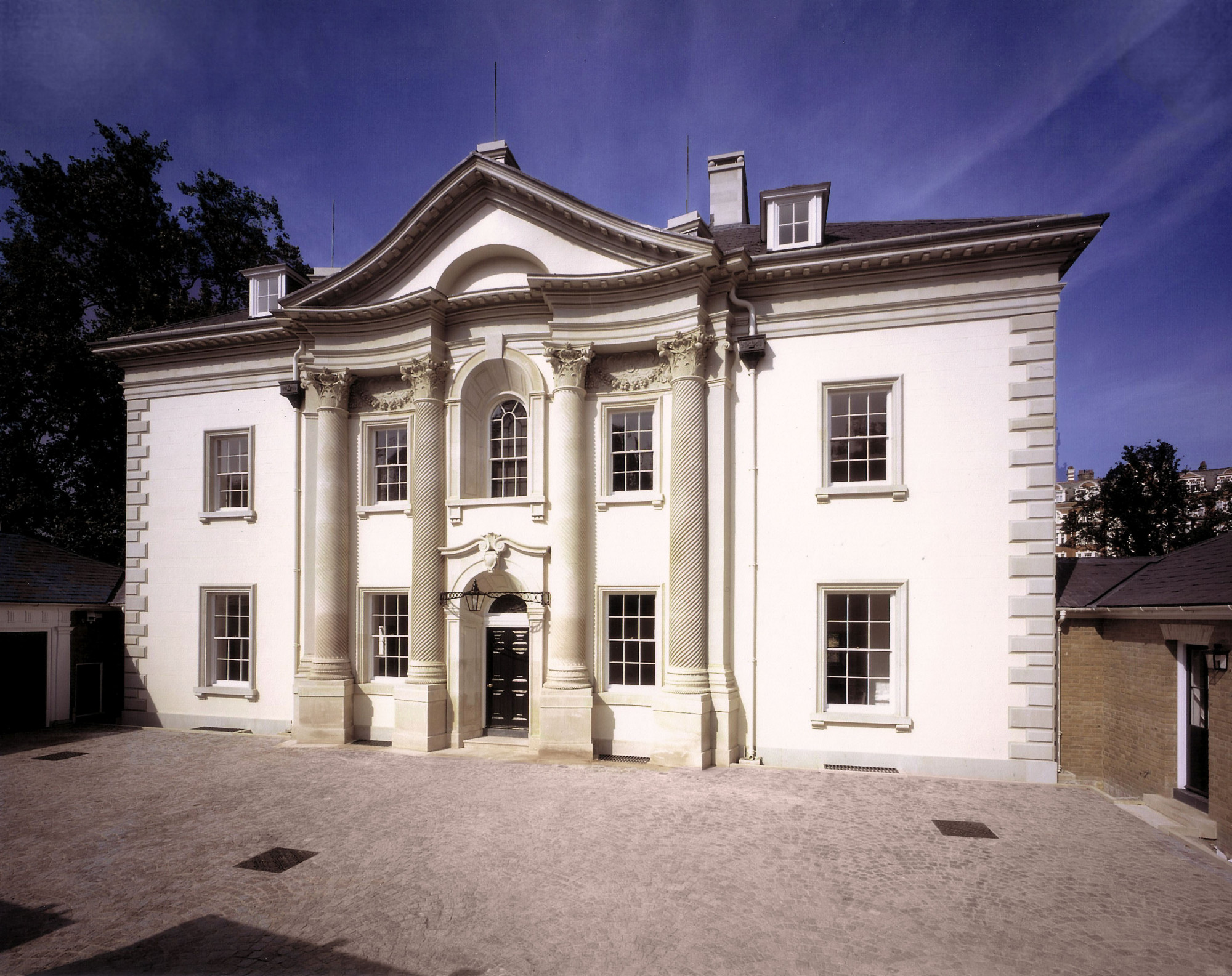 The Corinthian was the fourth Villa in a line of 6 new villas commissioned by The Crown Estates, situated on the Outer Circle in Regents Park, London.

The Corinthian Villa has a rather unusual serpentine central façade. The Italian architect Borromini was a great inspiration for this, during 1994 Quinlan Terry visited Rome and sketched a plan of San Carlo alle Quattro Fontane, designed in the 1930’s, built 1665-67. The way in which Borromini was able to create a sense of movement within a building has been used by the office in producing this wonderful flowing façade with its curves and details. 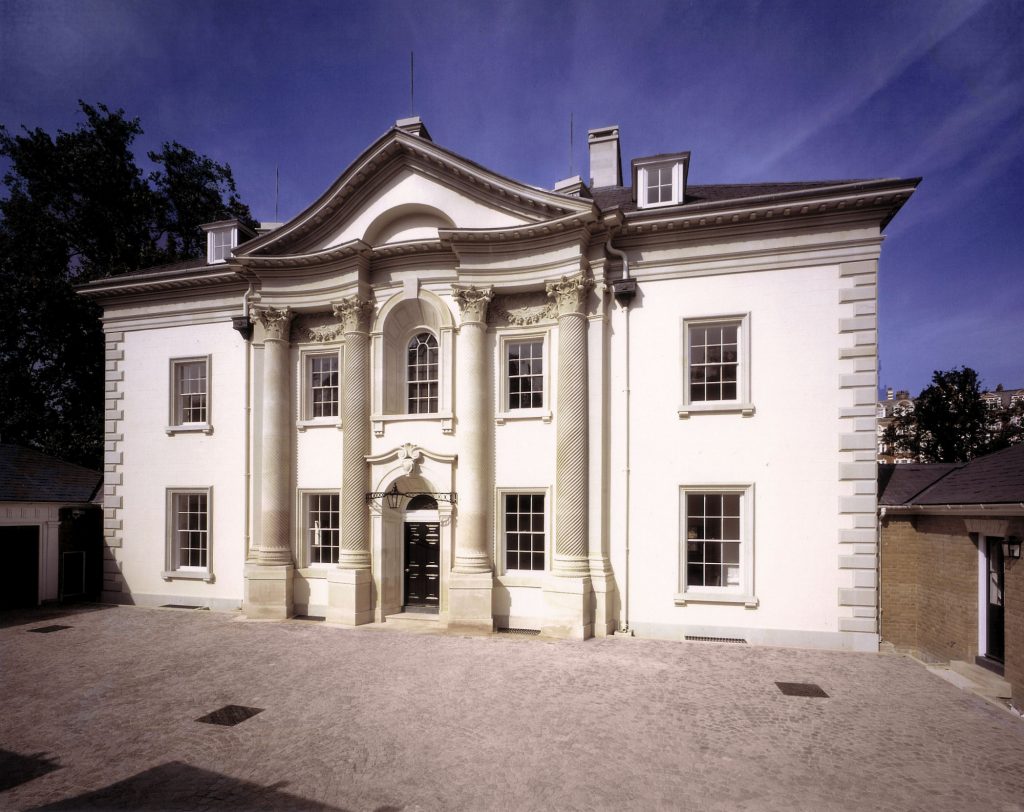 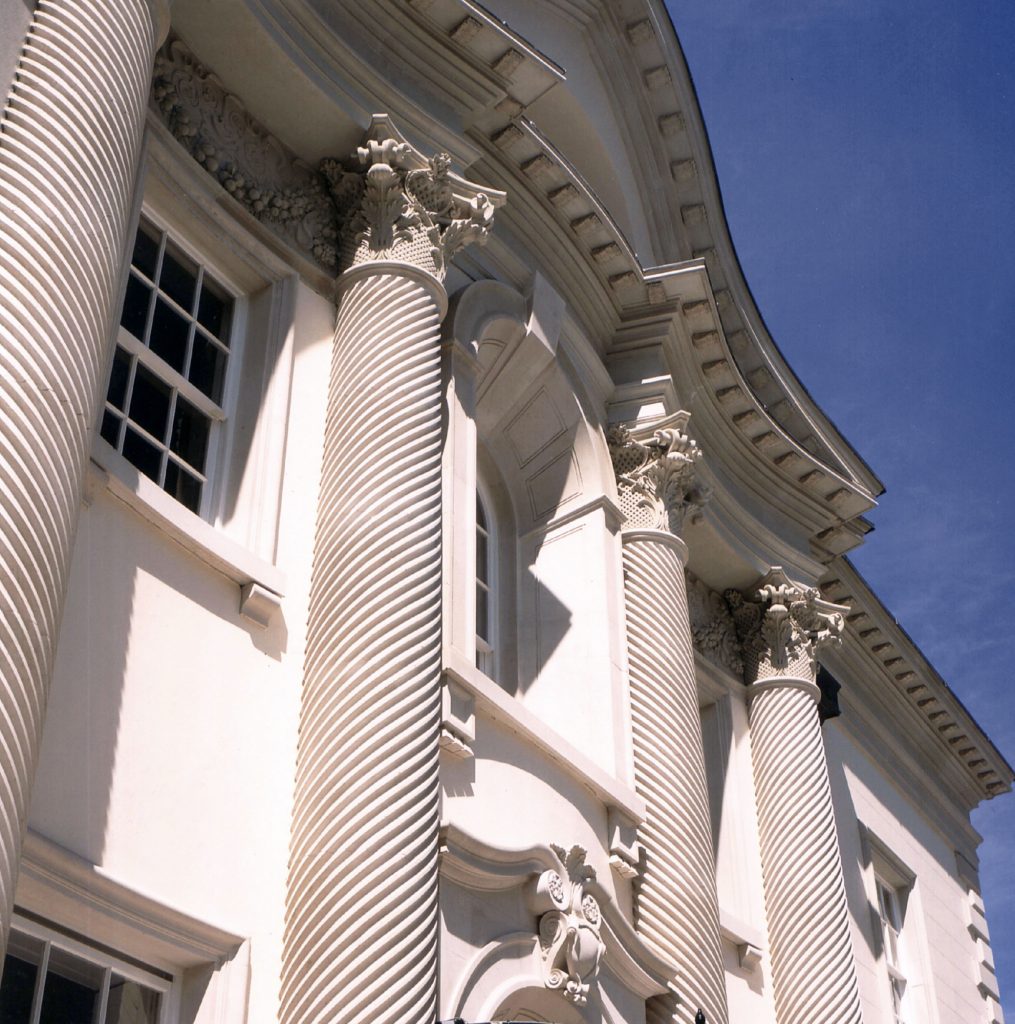 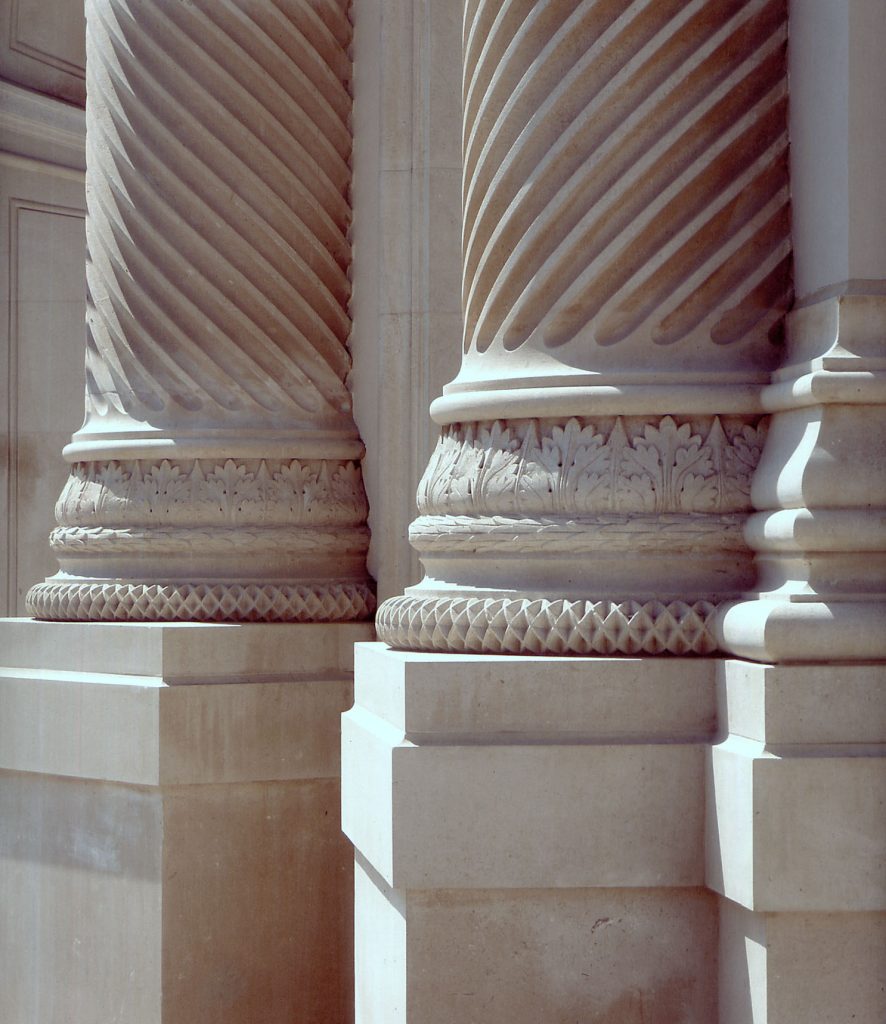 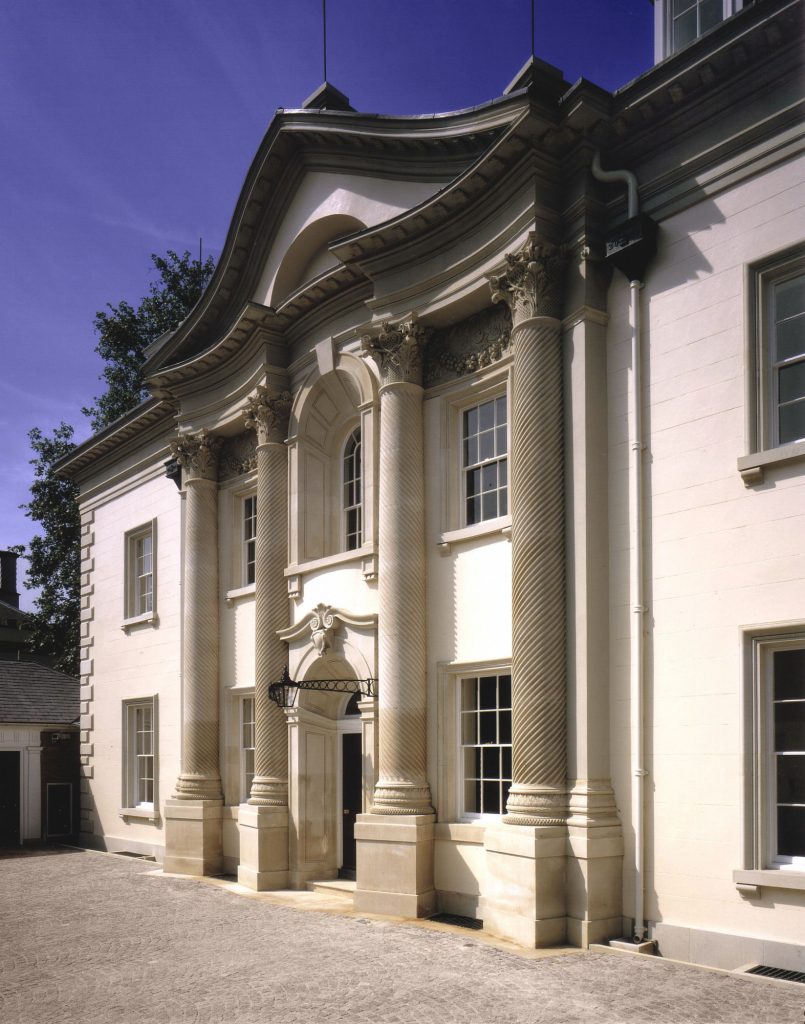 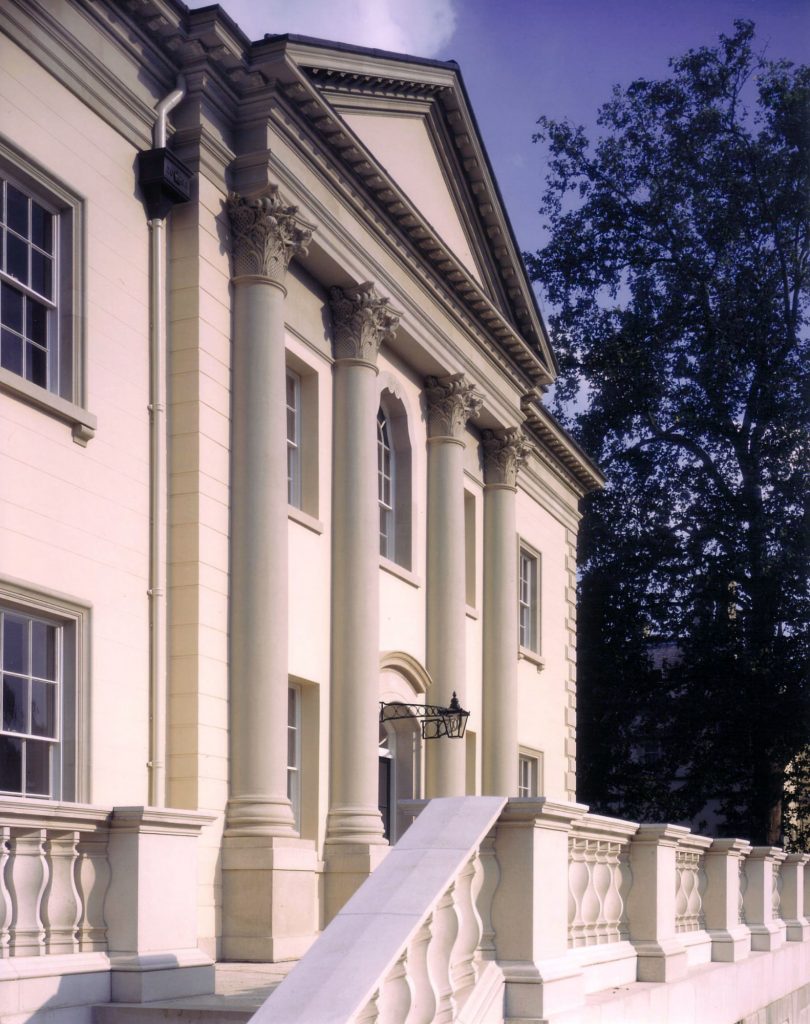 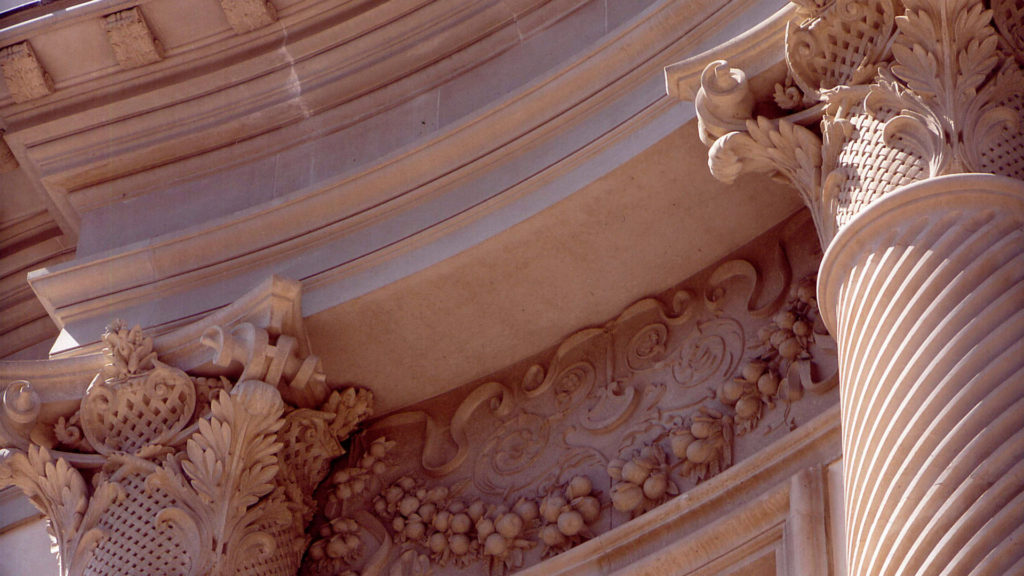 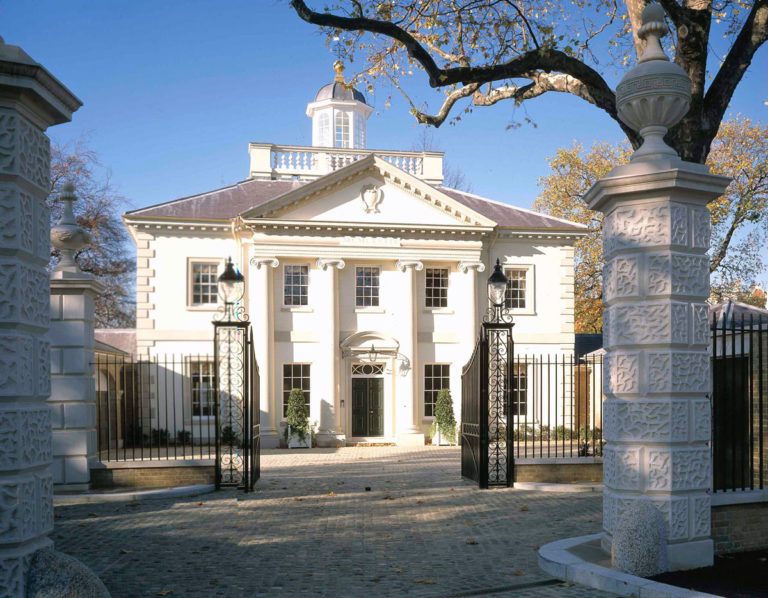 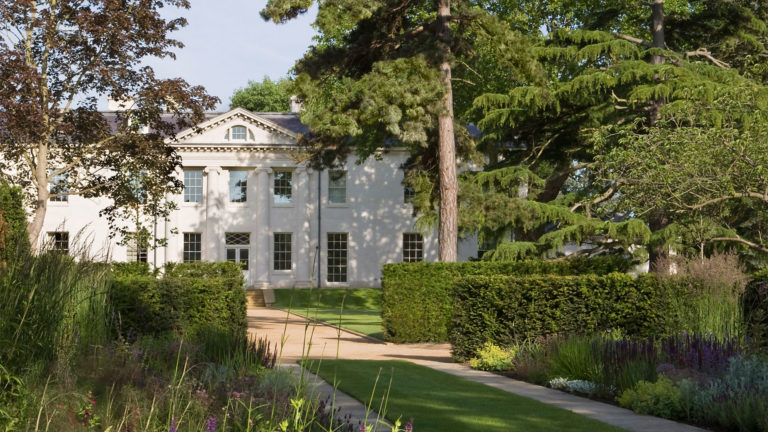