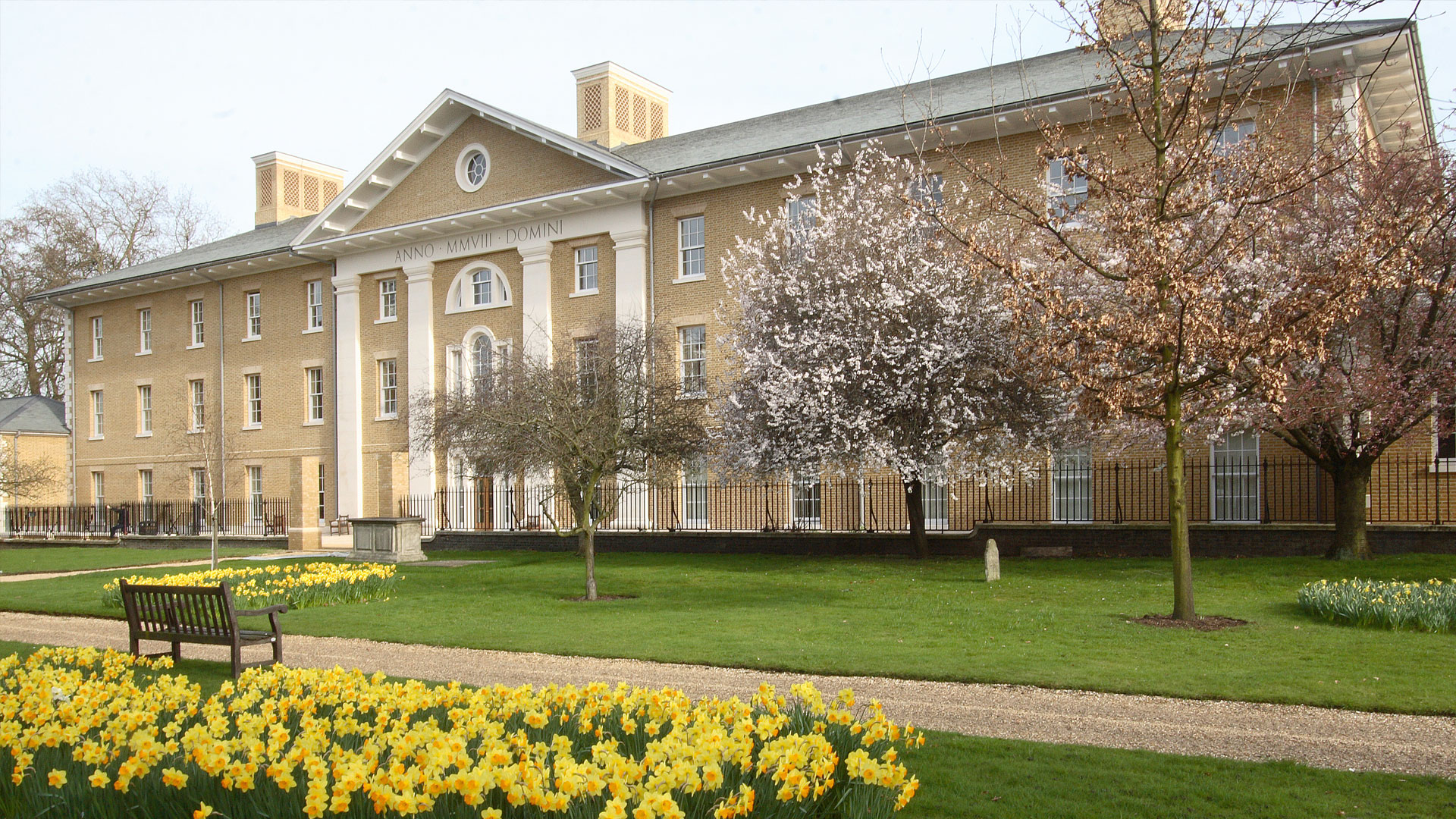 In 2004 Quinlan Terry Architects were put forward by The Royal Borough of Kensington and Chelsea planning department to design a new replacement infirmary on the corner of Chelsea Bridge Road and The Royal Hospital Road. The main part of The Royal Hospital at Chelsea (1682-92) was designed by Christopher Wren, from a heritage point of view this site is one of the most significant in London.

The bold use of the stone Tuscan Order against the yellow traditional London stock brick contrasts beautifully with the dark red brick of the historic Wren buildings. The entrance front of the building has three windows, a Palladian window on the first floor, a Diocletian window on the second floor and an oeil de boeuf within the pediment.

The clients’ requirements for good light and ventilation internally were met by designing a square building around a large square courtyard, limiting the internal spans to provide light throughout the whole building. There are two smaller wings to the front elevation, one houses the therapy spa and the other the infirmary chapel. There is a buggy park and a coffee shop on the west elevation, all designed to be sympathetic with the main building.

Externally a mix of large vertically sliding sash windows and glazed doors provide light and air. The building is substantially naturally ventilated with integrated plenums providing supply and exhaust air through the large chimneys on the roof. 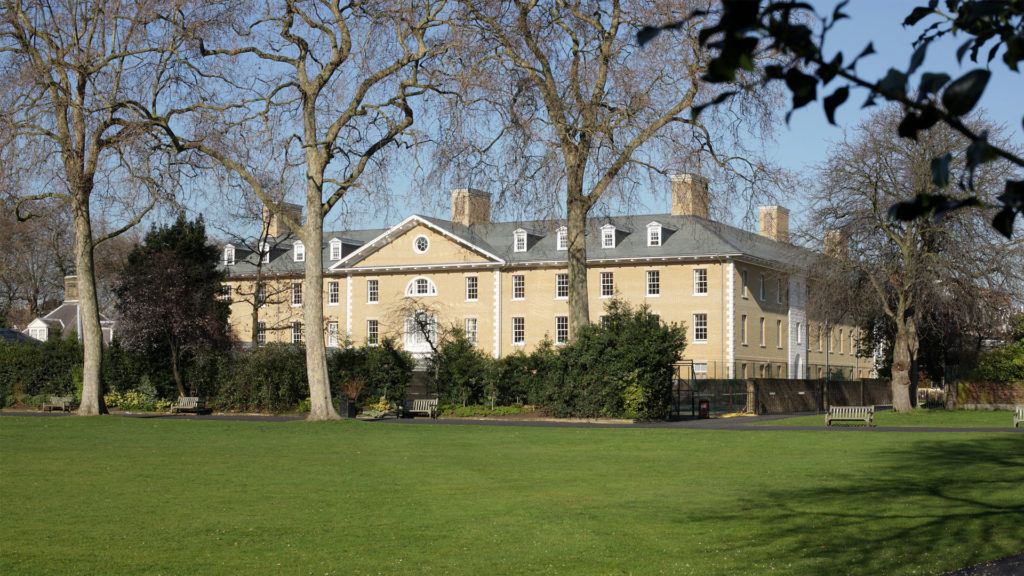 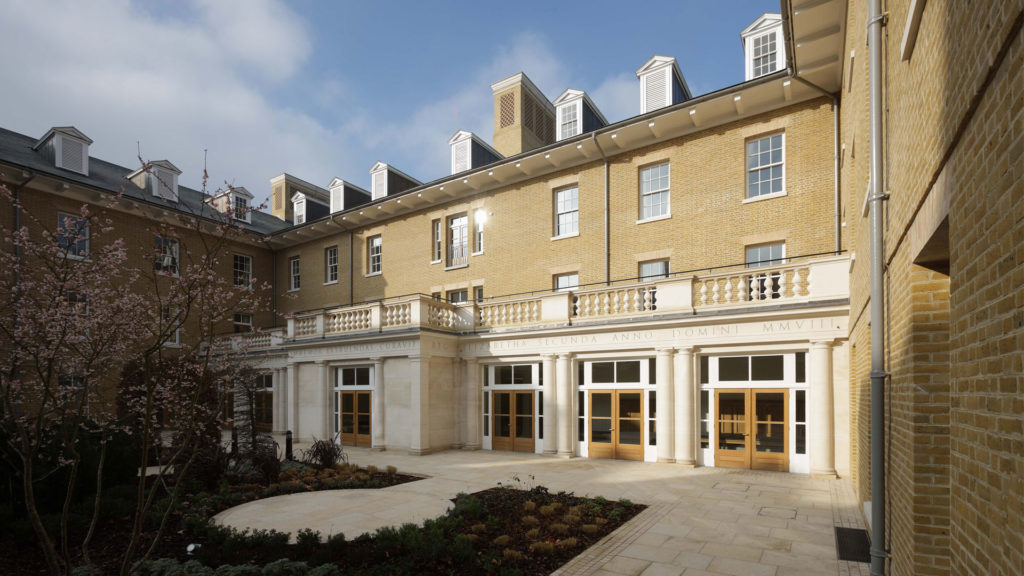 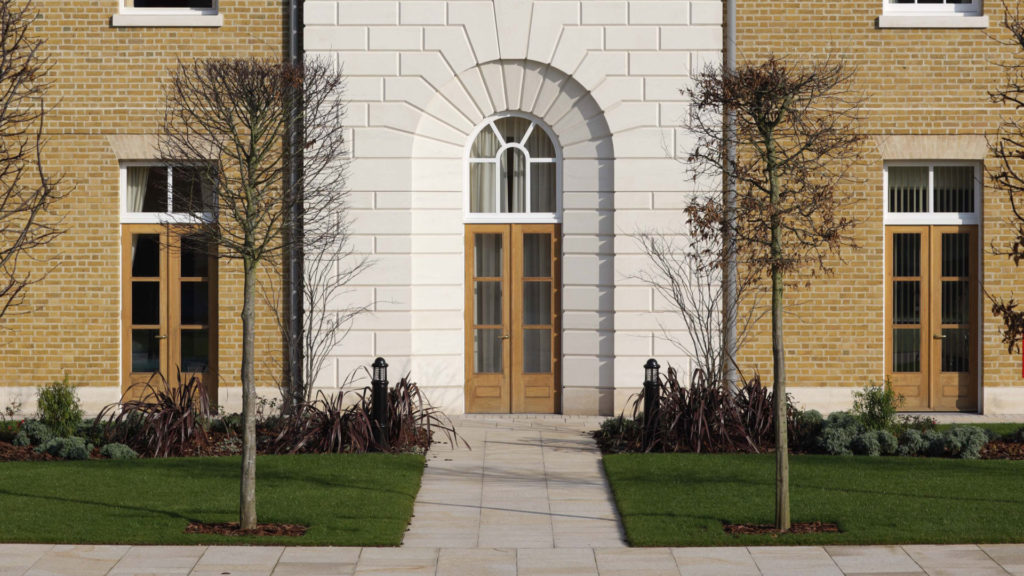 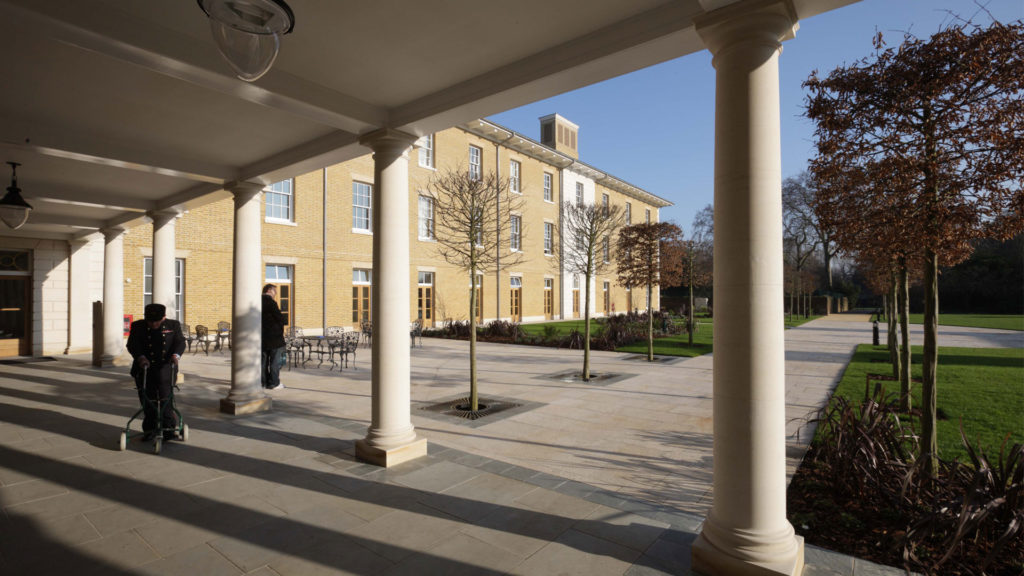 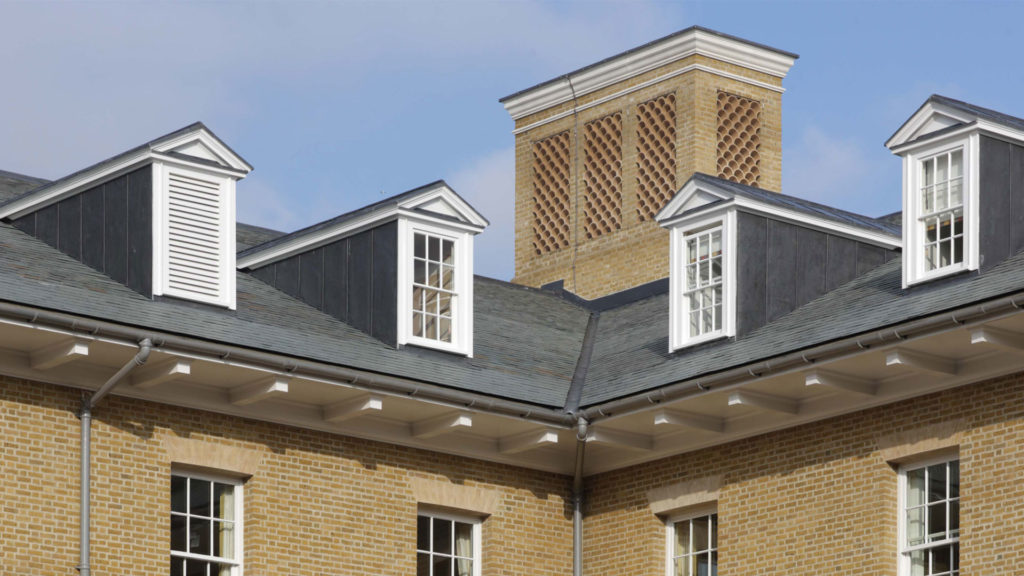 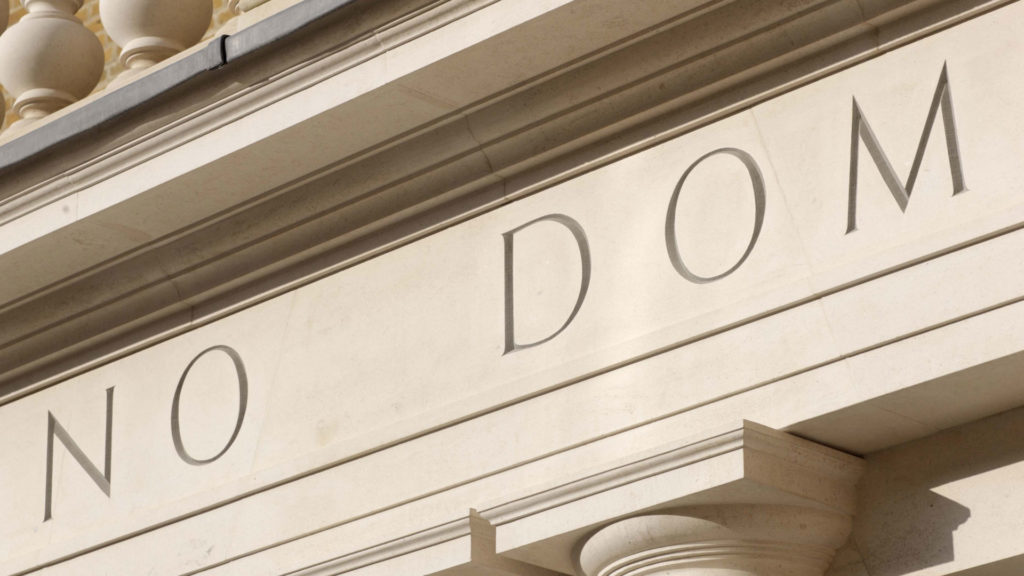 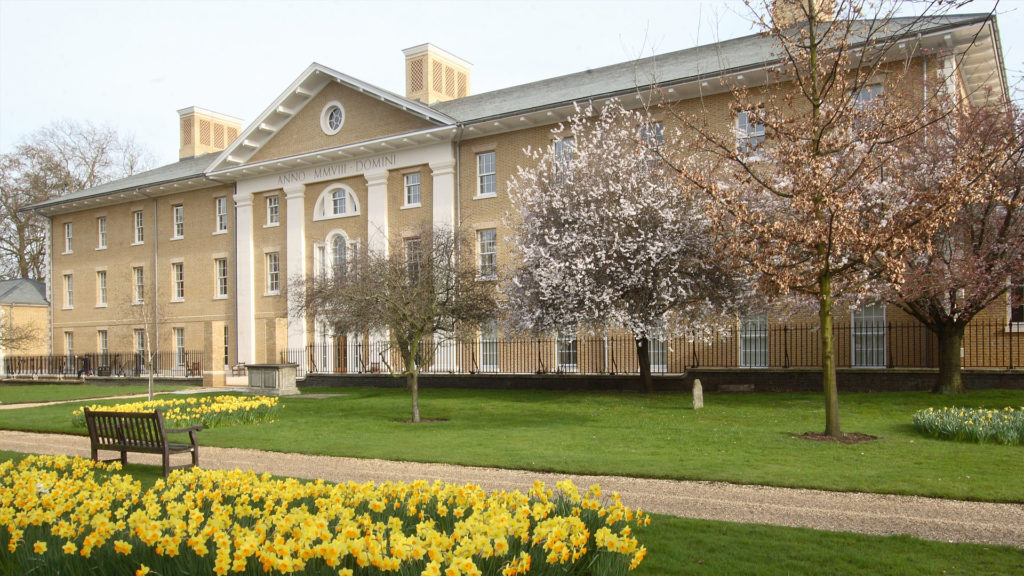 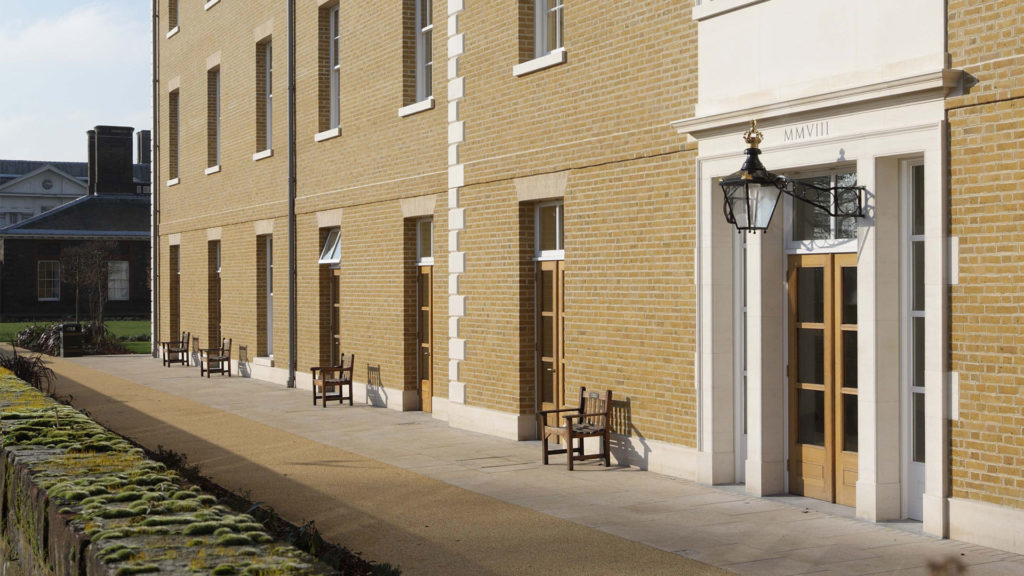 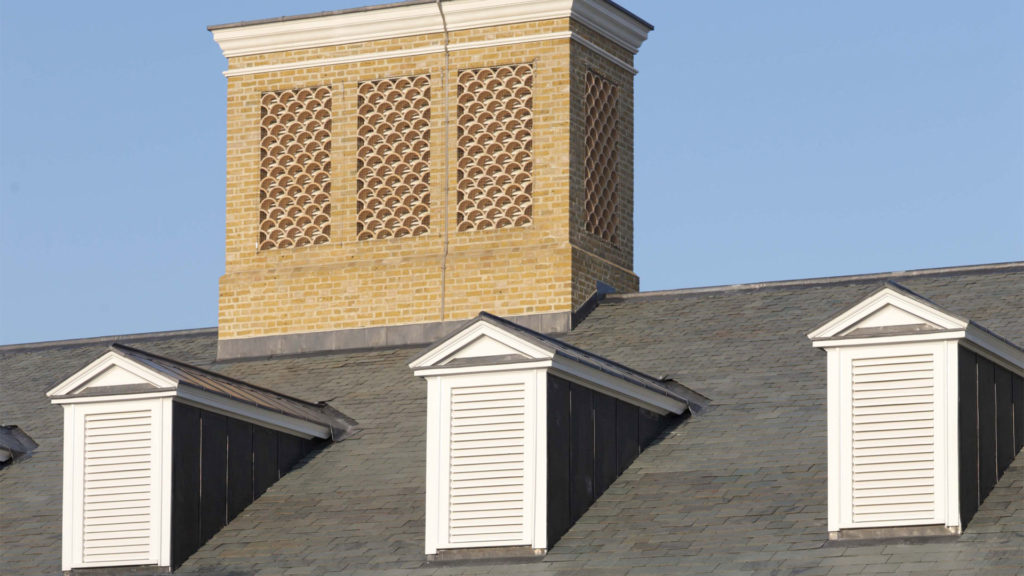 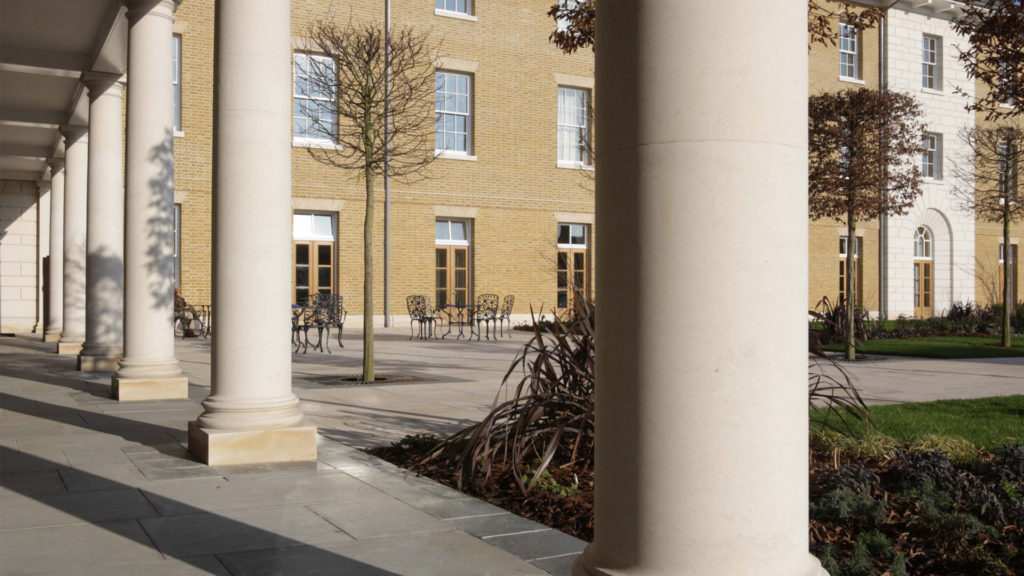 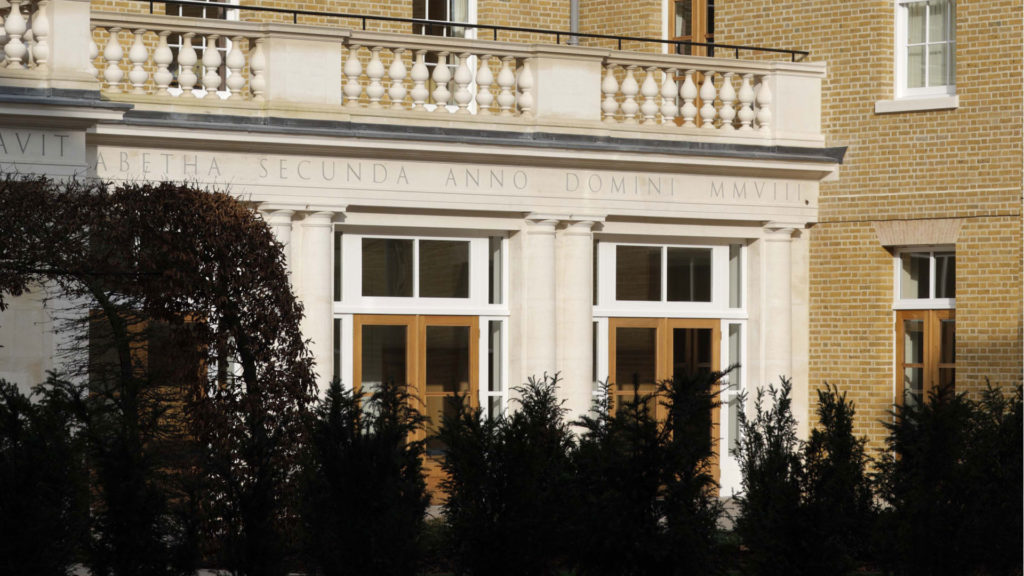 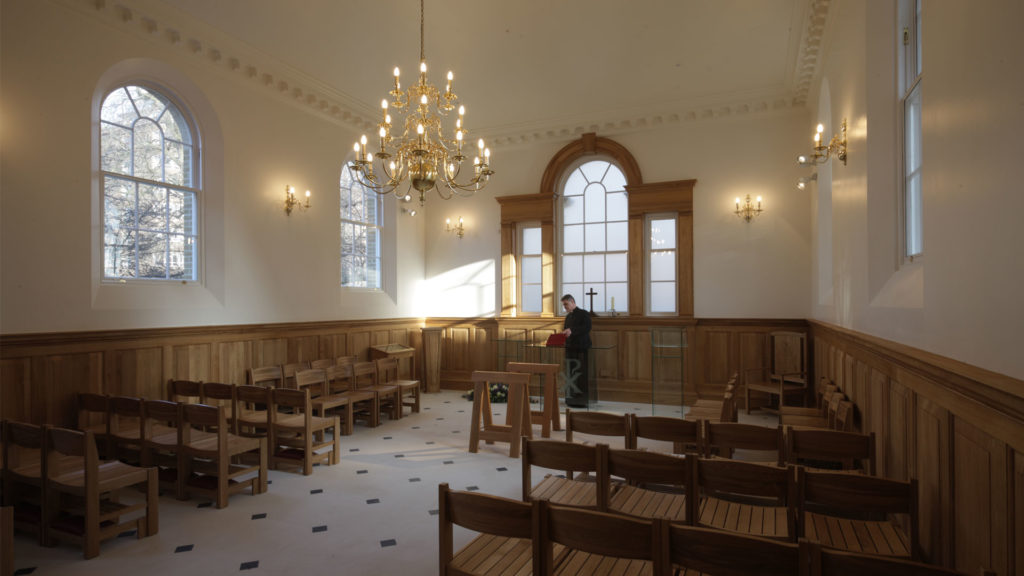 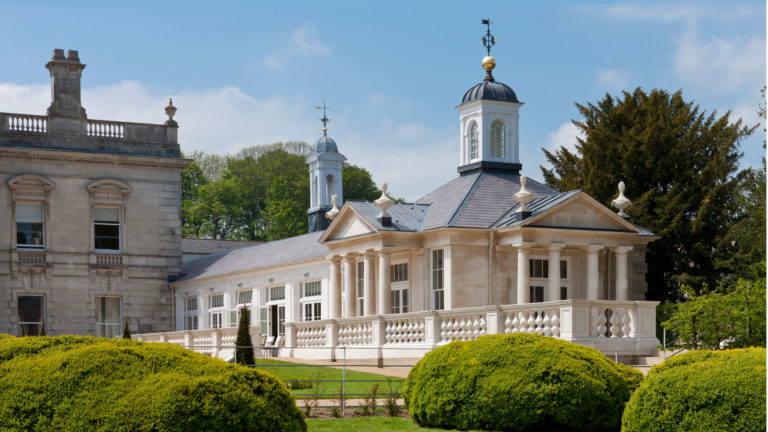