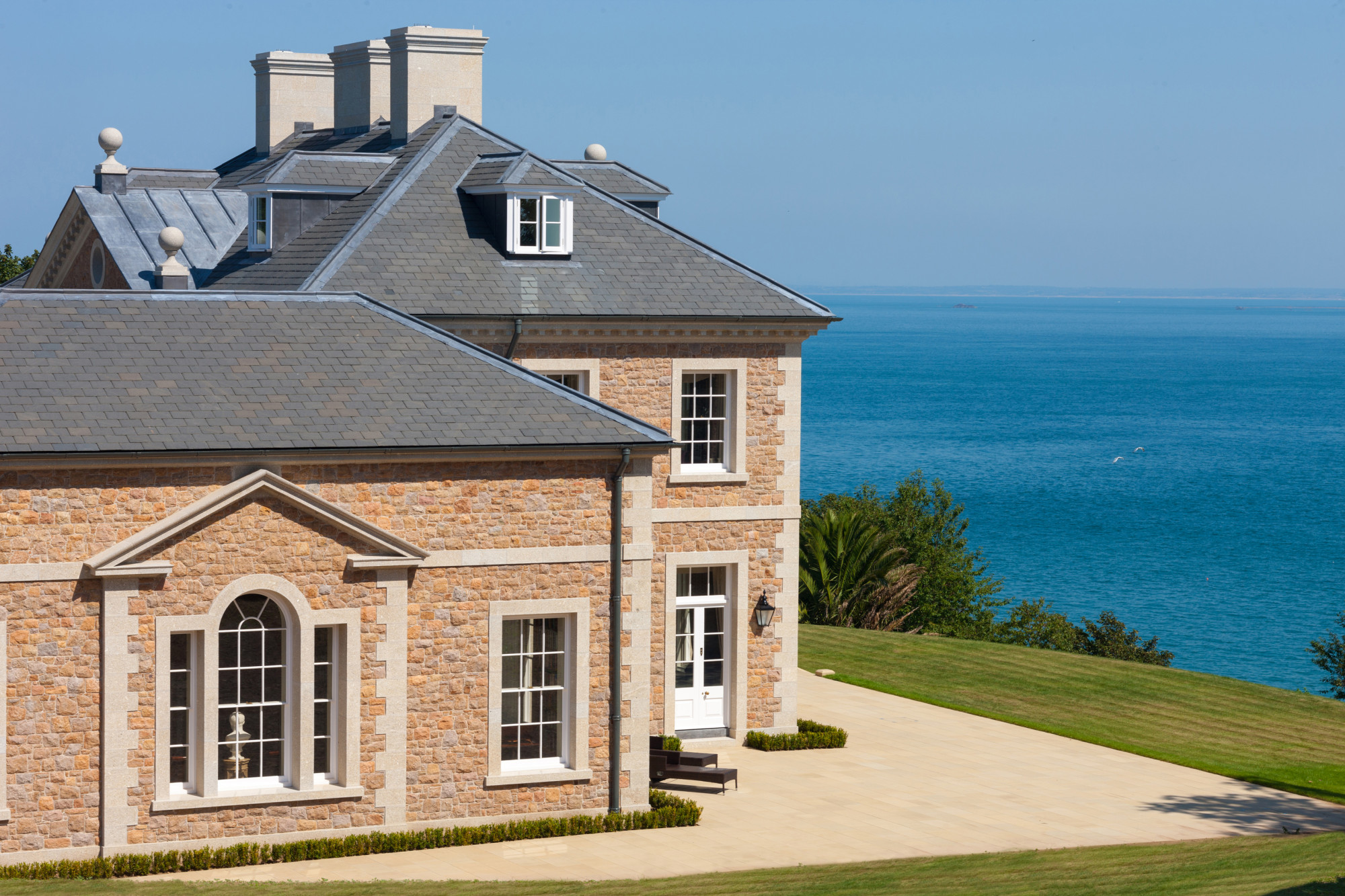 Sitting on the coastline of the largest Channel Island, Jersey, St Catherine’s House is a beautiful home designed with the library being the focus point. The client came to the office with their initial sketches of how they visualised the house and after working closely with them a wonderful, symmetrical house with a wing on either side was finalised.

Many trips around Jersey were taken to ensure that the correct materials were used for the exterior of the house to ensure the new build blended in. Buff coloured granite, commonly used in Brittany for architectural elements such as quoins, stringcourses, door surrounds, pediments, and cornice has been used. A tall, striking Venetian window sits on both sides of the house within the wings bringing lots of natural light to these areas, especially the library. The interior of the library has a coved ceiling and bookshelves, both influenced by Holkham Hall in Norfolk.

The North and South sides of the wings both feature an unusual pedimented centerpiece with a tall, round headed niche containing an elliptical urn-like finial with fluting and gadroons. 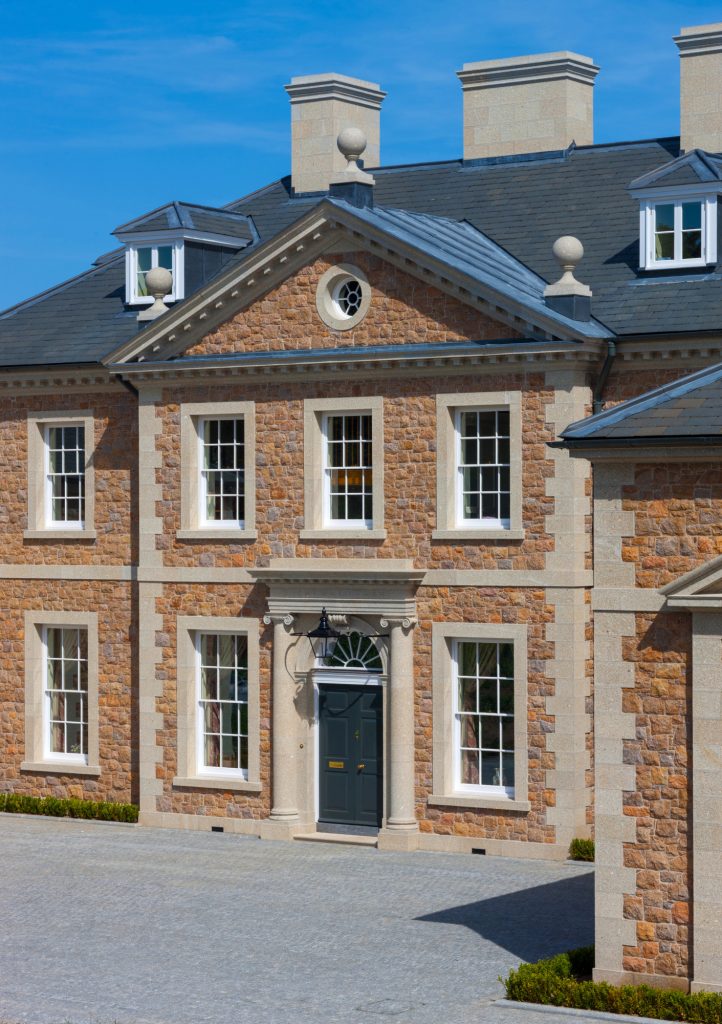 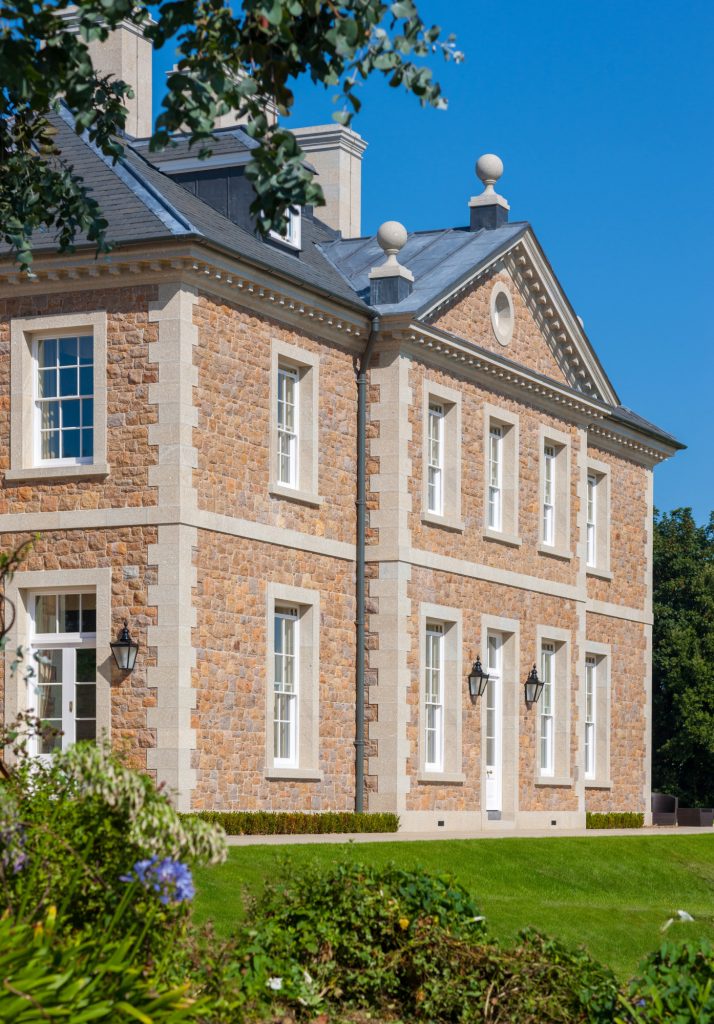 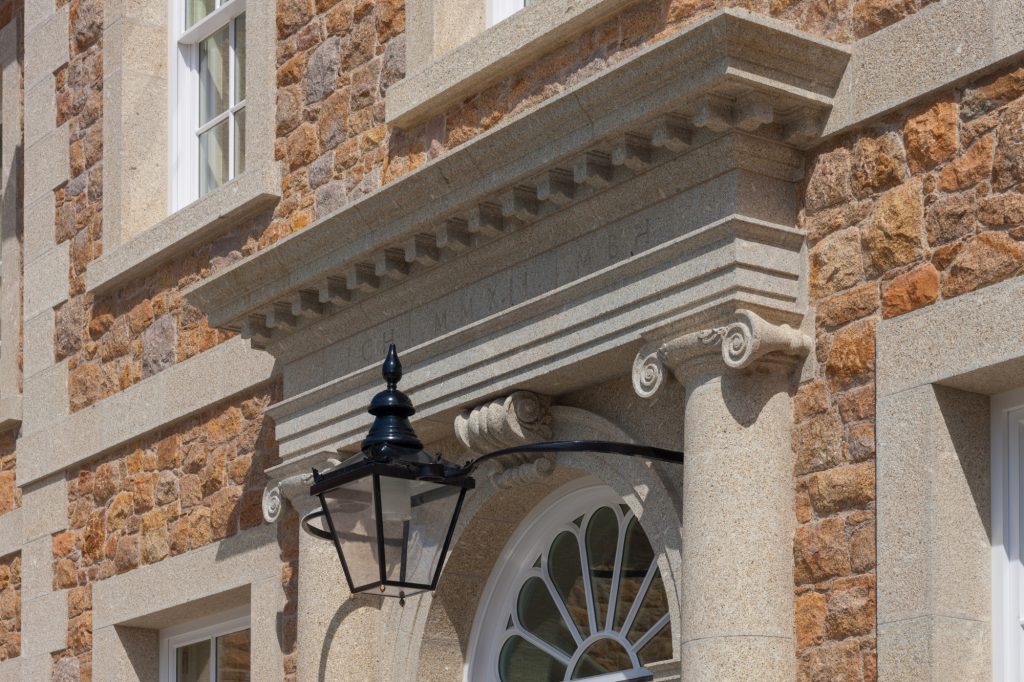 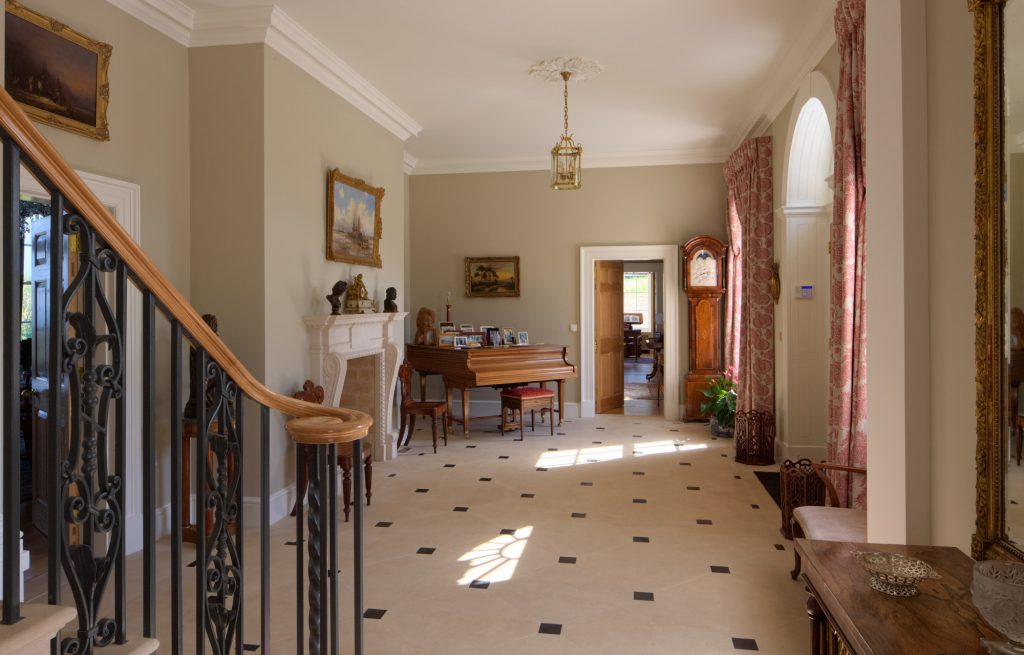 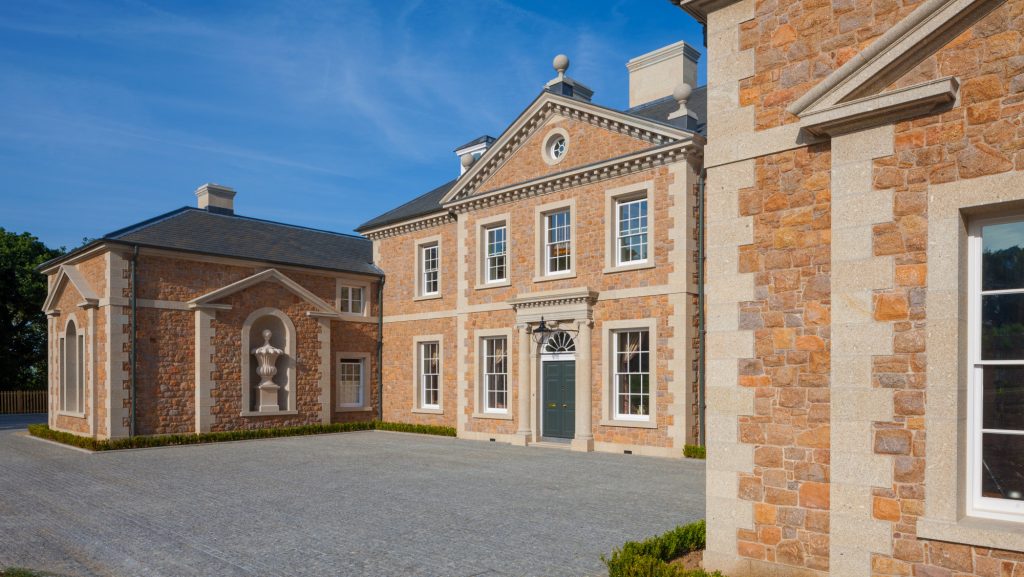 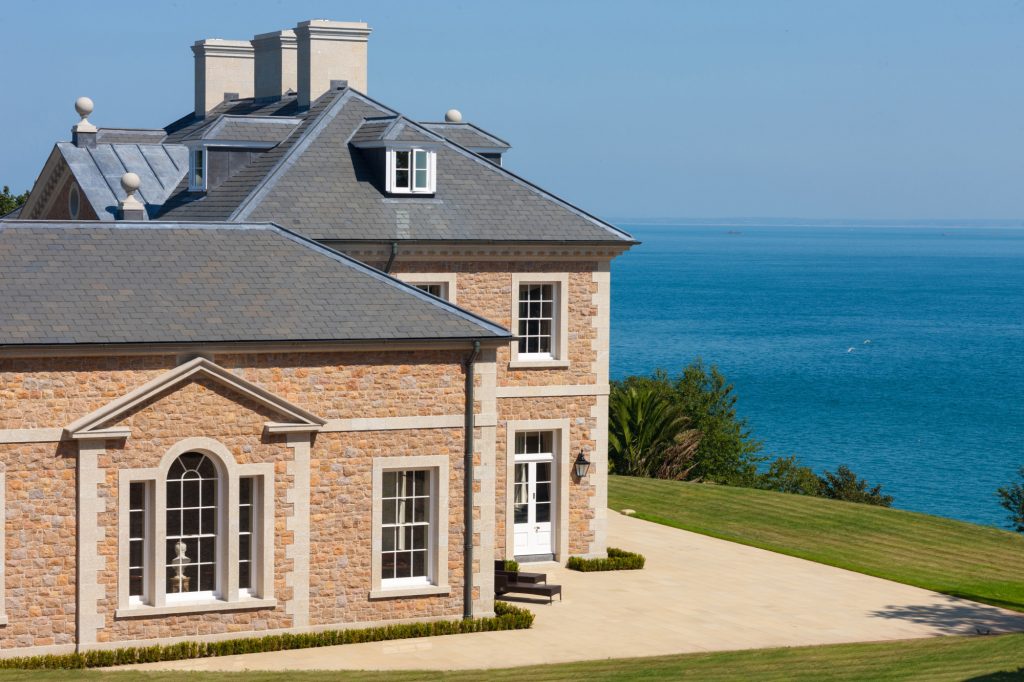 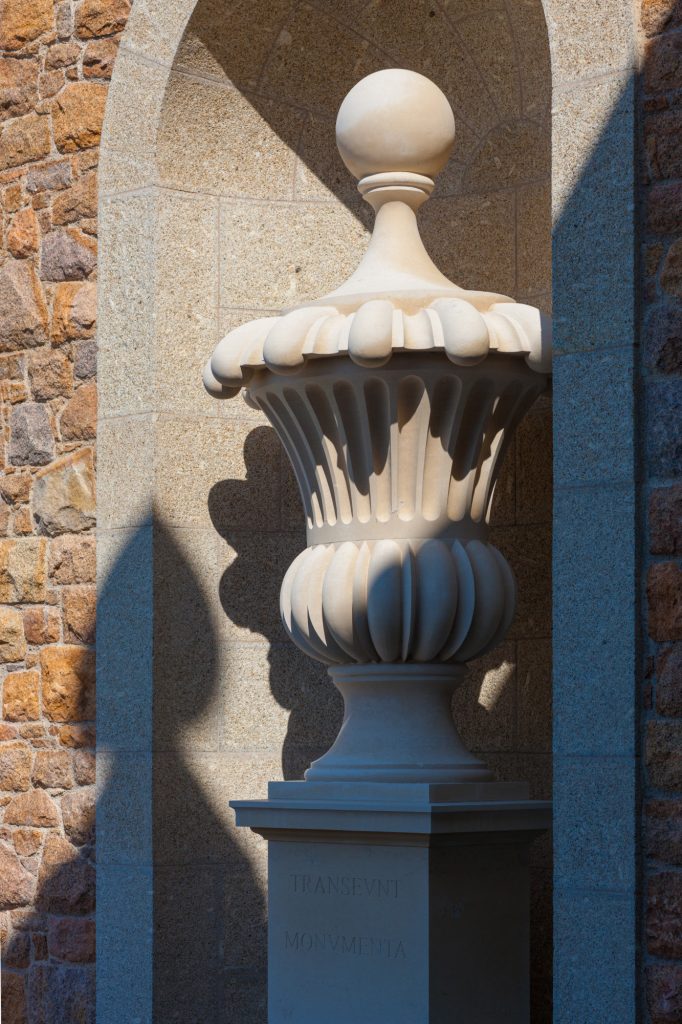 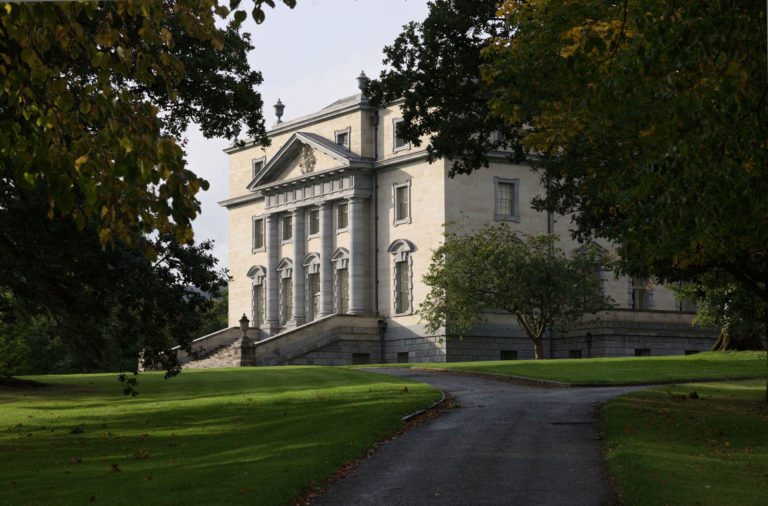 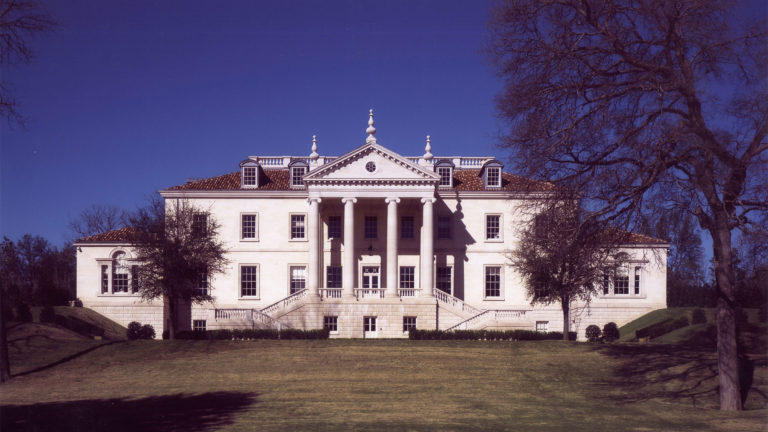